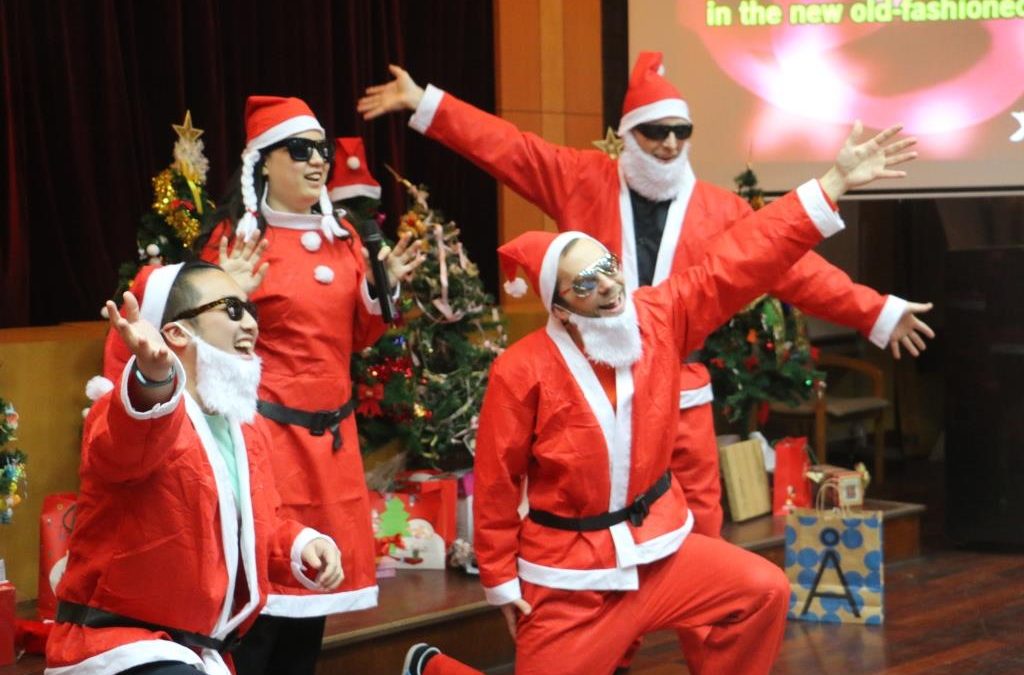 An exciting “Christmas Talent Show” was held at Luwan on December 22nd. It’s kind of a tradition for BC students and teachers to celebrate our Christmas this way. We had fewer students compared to last year, so everyone had an opportunity to get involved this time. Penny, a member from the student council who was also in charge of taking photos, said: “I noticed a lot of students enjoying the performances very much and some of them were laughing joyfully during the show when I was taking photos.”

At the very beginning of the show, we received a video edited by the student council which was full of senior students’ great care and best wishes to us as well as welcoming the fresh students from Grade 10. Though some of them might only be known by the Grade 12 students, all the words they said to the audience were quite warm and inspiring. Then there came the performances prepared by the students and teachers. Honestly speaking, the performances were all amazing and fascinating like the Grade 10 dancing, the drama by the fine arts group and the secret santa dance by the teachers. There were also a lot of students who displayed their up to then unknown talents. As a classmate of Jack Xu, I knew that he played piano well, but the show at the Christmas Assembly was unbelievably surprising. I believed some people had the same feeling as me like our teacher, Mr. Berg. He said, “I never knew that Jack could play the piano so well.” What more, John’s dancing was attractive as well. He will probably become a talented dancer as part time job in the future. 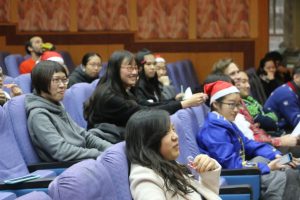 After the assembly, I interviewed Sherry from Grade 10, one of the hosts for the talent show this year. It’s her first year at Luwan and the first time for her to be a host. Her voice was sweet and clear which is a good quality for a host. We also appreciated her singing during the performance by the music club. She was a little nervous at first, but generally her performance was absorbing. I asked her what she thought of the host experience. She felt that “it was a fresh experience” and the overall show was fun for her. The only unpredictable thing that made her feel it was tough was the change in order of the teacher’s secret Santa dance. Fortunately, her partner George from Grade 11 helped her handle the problem well. At the end of the assembly, we maintained the tradition of exchanging gifts within each house team. I could strongly feel the happiness and surprise on everyone’s face when they were unwrapping the presents.

All the performances were well-prepared and fascinating. Some students voted for the teacher’s secret Santa dance as the best performance. Others suggested Jack’s piano playing as their top choice. Our teachers were proud of every single one of us and all the hard work all the students put into the show. Mr. Berg praised us, saying “all the performances were really good. I enjoyed the video at the beginning a lot. I could see that the students prepared a lot.” Moreover, our student council did a lot of work to provide an unforgettable and amazing Christmas memory to all the students and teachers. Michelle, the president of the student council stated: “I could use a million adjectives to describe the Christmas Assembly this year because the student council put a lot more effort than you think into the event.” Christmas has passed, but the sparkling memories we have at Luwan BC will remain for quite a long time. Finally, thanks to the student council, to all the teachers and students for the great effort they have paid.