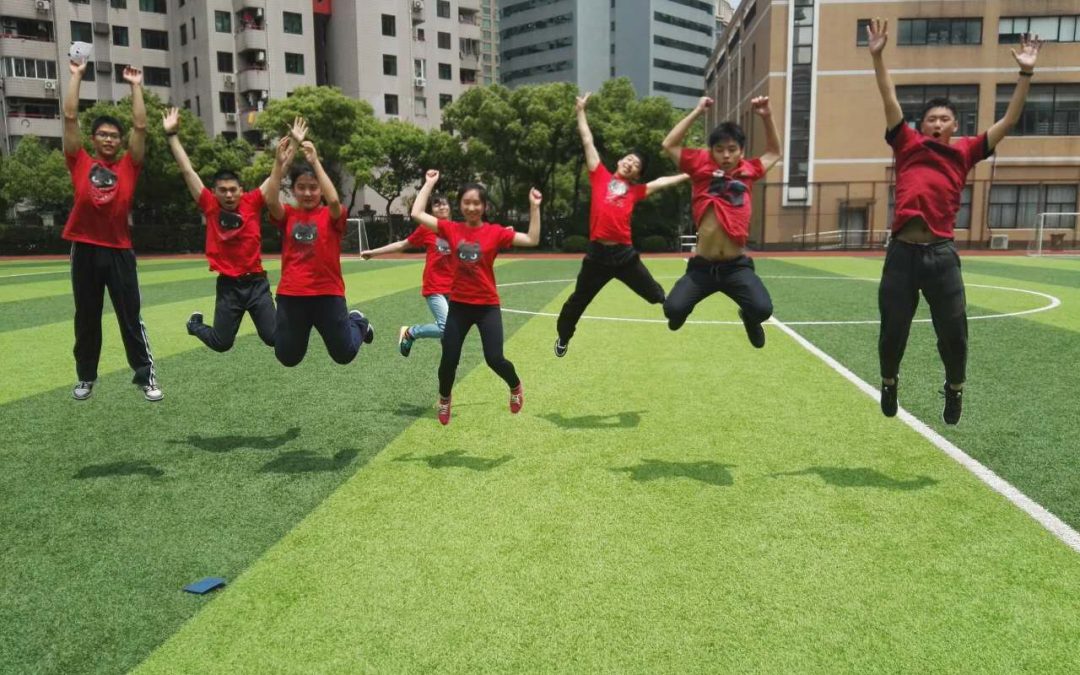 Amazing Race is a game where participants are in a race to complete tasks. The members of the Student Council spent more than one month preparing for this event and their effort showed. All of the students and teachers enjoyed the activity. One of the students said that “before we had only seen this on television. It was meaningful for us to experience it in real life.”

Each team completed five tasks in total. The Student Council carefully prepared thirteen tasks, such as solving a maze, drinking vinegar, drawing a nose blindfolded, jumping in a photo, etc. Each team drew lots to decide their route and every team had different tasks. The most feared activity for students was drinking vinegar. There were fifteen cups. Fourteen of them were water, while only one was white vinegar. The team could only drink seven cups and one of the seven cups must be vinegar, otherwise, you will get a two minutes penalty. The pink team passed on the first try. William, the student who drank the vinegar said that “it had a really strange taste. I was overcome with a feeling of nausea.” The jumping photo was the last task of the event. It remains as a record of this wonderful day in our high school life.

Every teacher also participated in the game; they were the photographers for each team. They had to run with the students, taking photos or videos. It was a tough task because it required both strength and photographic technique.

The Red Dragon team won the game in only fifteen minutes. It was amazing because the President of the Student Council Cymbeline estimated that it would take at least forty-five minutes to complete all five tasks. The red team’s efforts paid off with a watermelon as their reward. The leader of the red team, Joe, said that “after the sweaty activities, watermelon was the best to quench thirst and relieve the heat.”