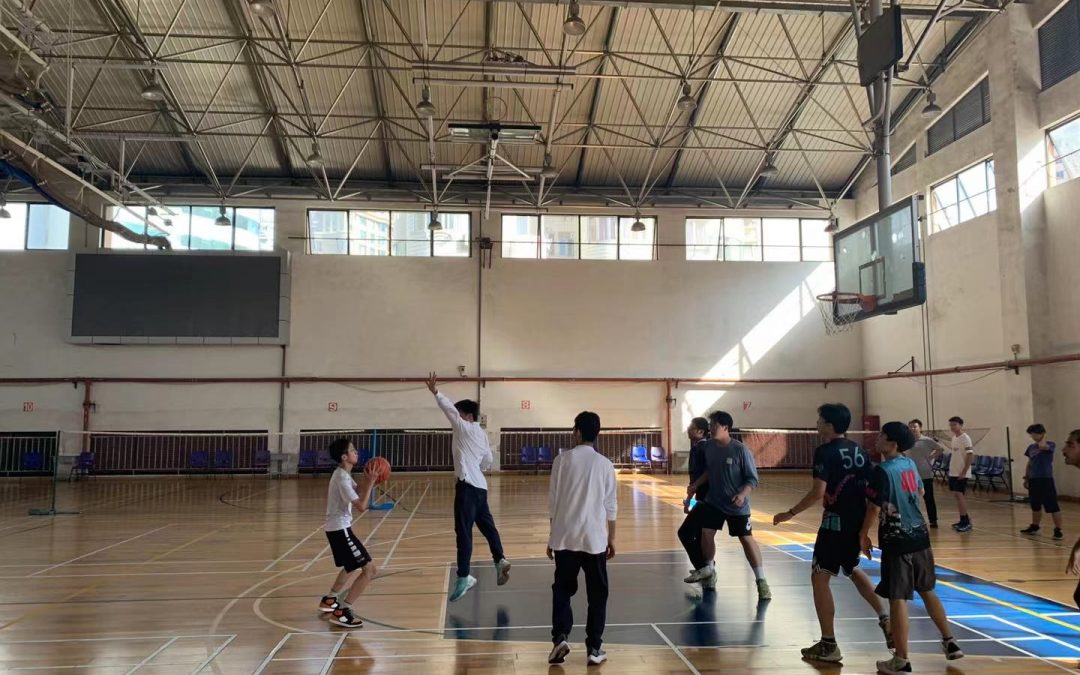 In the campus life of Luwan students, one of the most anticipated events is the annual basketball tournament. The basketball game is divided into groups according to the different house teams. Two house teams form a team to compete against each other. At noon on Wednesday, the students came to the basketball hall early to warm up.

The games began at 12:15. In the boys’ division, the team led by Peter and Ryan bore the brunt of the competition. They won their first-round matchup against Pink and Grey by a wide margin. They were the first team to reach the finals. On the other side of the game, Roy led the yellow team as the core in the first round of the game and easily won, also making it through to the finals. In the final match, the score of both sides was very close. The deadlock was not broken until late in the game. Red team took the lead again in the last two minutes of the game when Peter scored a layup. Ryan then made a steal and hit a basket to pull the lead to two. Two yellow players both had chances in the final 30 seconds to even up the score but failed to deliver. In the end, the red team and the orange team won the championship for the boys’ group.

The girls’ competition at the same time was also very exciting. The girls came out with a lot of confidence and attitude. Every play was contested fiercely, but at the same time all players also maintained good sportsmanship. Teamwork also allows the grade 10s to quickly integrate into the Luwan BC family.

In the end, the students not only got a chance to relax from their busy study life, but what’s more, the students of all grades enhanced their friendship through this tournament. With the wonderful game over, we’ll see you next year！