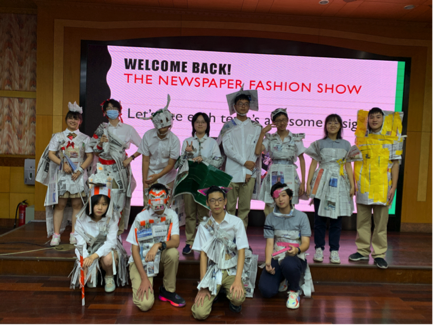 On September 18, the day before the Mid-Autumn Festival, we held the annual newspaper show again. Students were divided into six groups: Red Dragon, Green Vipers, Yellow Toast, Grey Wolves, Pink Unicorn, and Orange Tiger. Our teams were instructed to make costumes using newspaper within the given 45 minutes. During the design process, we had to communicate in English because that was the first day of our Chit Chat! 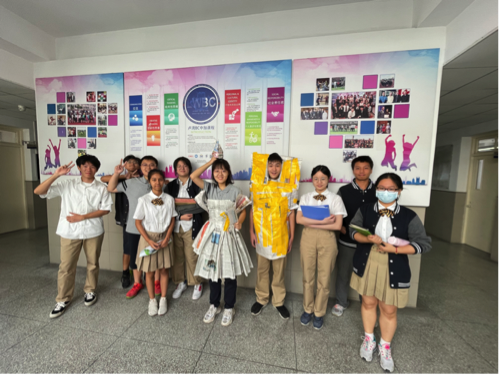 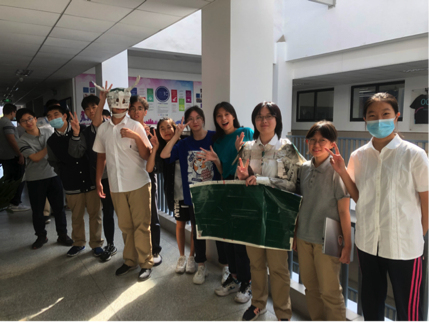 The event started with Mr. Bisnauth, who showed up in his ‘batman’ outfit designed and made by other BC teachers. His extraordinary outfit really wowed the audience and received big cheers. With great enthusiasm, everyone participated fully and contributed their ideas as they all wanted to win the champion for their team, which would win them Chit Chat bonus points for their teams. 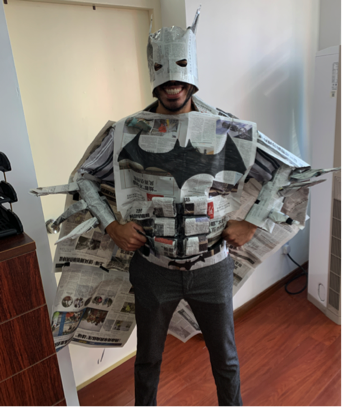 Every team created unique costumes with delicate design. Orange team won the first place by impressing the audience with their originial storyline: the triumph of the wild animals over humans. Pink team, the runner-up, telling a story of evil pirates being transformed by angelic love. The third place was rewarded to Red team, which advocated women’s rights by narrating a story of a god being rejected by a rich woman who was determined to be independent. Other groups, such as Grey team, also presented an excellent piece of work under the theme of magic. The spectacular newspaper show ended with remarkable presentations and a cheerful, thundering applause.