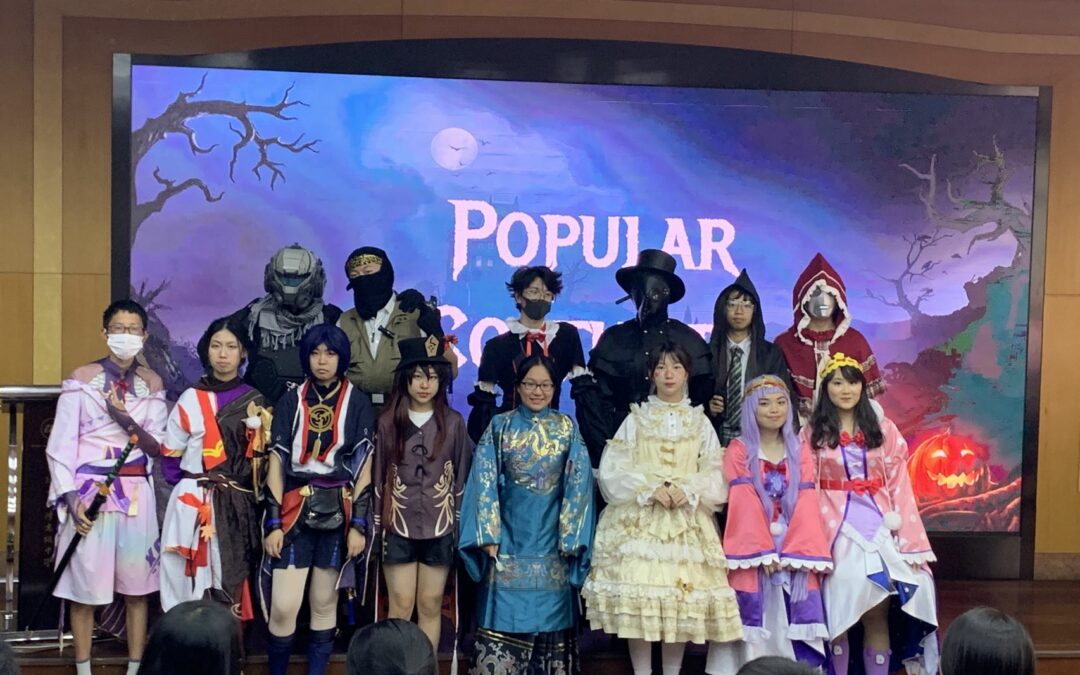 On the 10/29th, we held a fun Halloween event in BC. Students in their unique Halloween costumes were actively involved and enjoyed the six games held during Halloween: Coin Guessing, Candy Eating, Hangman, Squid Game, Mummy, and Horror Box. 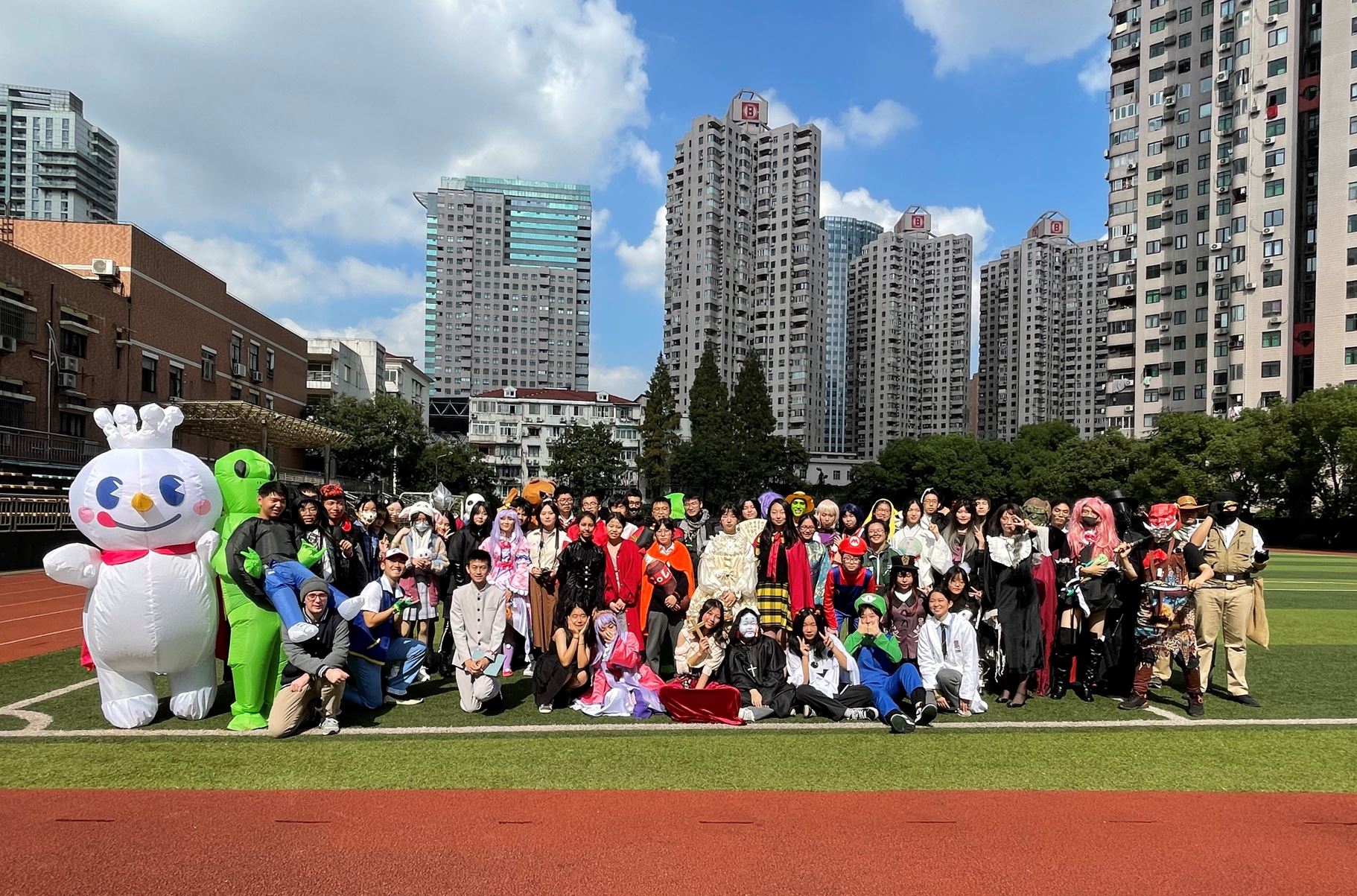 At first, our teacher introduced the Halloween event to us and randomly divided us into six groups: Azrael, Goblin, Vampire, Mummy, Werewolf, and Warlock. For the first game, Coin Guessing, two members of the team must guess the name of the person holding coins in his/her hands. The coin holder should wear gloves and act like others to confuse the ‘guessers’. This game tested how well the coin guesser can observe. However, whether anyone could guess correctly or not, everyone enjoyed the game.

Then, in the game called Candy Eating, participants needed to wear a wizard’s hat, the top of which was tied to a piece of candy. When the timer started, the challenger tried to bite the candy on the rope. At the same time, other team members cheered for the challenger and provided him/her with directions to help the challenger locate the candy. In the end, most challengers succeeded in finding the candies and were rewarded with more!

The third game, Hangman, required the participants to guess the letters chosen by the host. Vivian would draw a part of the ‘hangman’ when the players guessed wrong. The game was over when the picture of the “hangman” was completed. This game not only encouraged us to learn more vocabulary but also allowed us to enjoy the beauty of language.

The fourth game was inspired by the recent Korean drama series- “Squid Game”. The challenge was to cut out a shape template in a cookie using the tools provided. At the beginning of this challenge, many people used too much strength to cut the sugar cake, which led the cake to break into pieces. In the end, only one or two members of each group survived the challenge by creating the pattern successfully.

The fifth game, Mummy, required a group to split into two. While the pair had their waist tied to each end of the belt, each person from the pair stayed at either end of the corridor. Within 5 minutes, every pair had to switch their positions by running to the opposite end of the corridor. Every group successfully completed this challenge and won some candy to reward their success.

The last game, Horror Box, tested our bravery. Each member was asked to guess the content of the 3 boxes by reaching their hands inside. The most impressive box was the one containing water balls. When we put our hands in the box, we could feel the moisture, which tricked many into believing that what was in the box was alive. This game was not only interesting and exciting; it helped us build courage.

Finally, each student was rewarded with a full bag of candy which they can all enjoy at home.