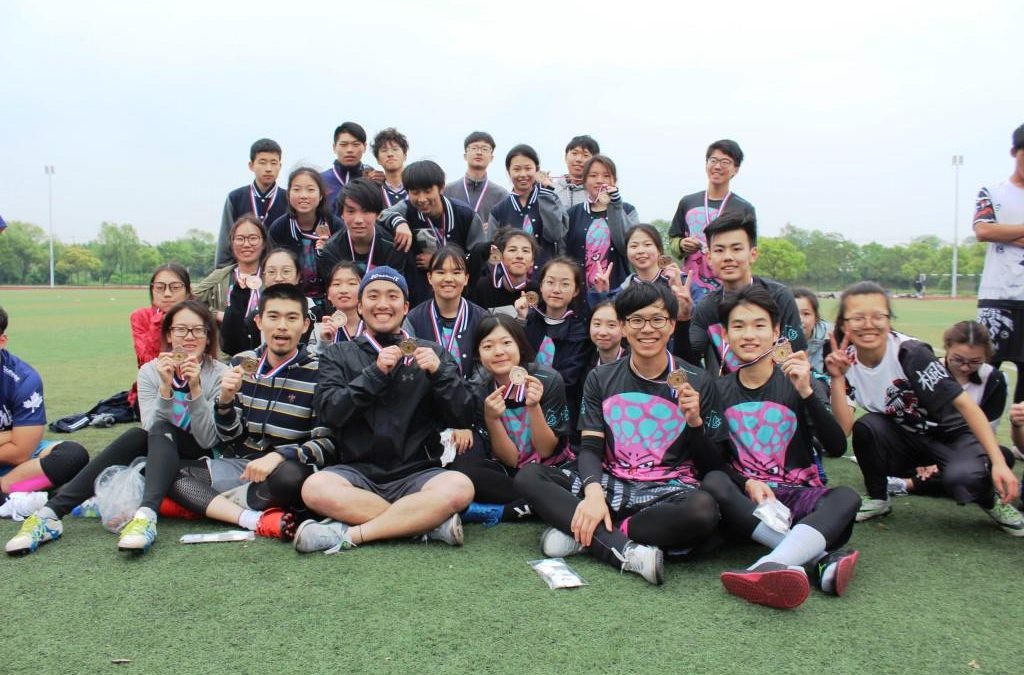 The journey to success is always tortuous and covered in thorns. Those who put forth great efforts and have a strong determination can make a difference. Luwan Kraken, a high school ultimate frisbee team with only two year’s history, won third place in the BCOS tournament in 2018 and proved their abilities and strength to the outside world.

Kraken was put in a pool with Nanmo Cubs, Maple Leaf Shanghai and Sino Canada. Before the game started, every player quickly adjusted to the cold weather and strong wind to get prepared on the field. “We never expected the wind to be that strong, it definitely influenced our game strategies,” said Sharon, the captain of the Kraken. However, under Mr. Chang’s excellent coaching, we crushed the Nanmo Cubs 6-0 and MLSH 6-2. “Everybody rose to the occasion, did their jobs and we came away with two victories,” Mr. Chang evaluated after the game. It was a truly exciting moment as we entered the semi-final games and had a chance to win a medal.

After a one hour break, we met the toughest opponent, Sino Canada, who won the championship last year. We were leading at first by two points. However, due to mass injuries and a physical strength gap between the two teams, the game ended 2-6 against Luwan. Finally, we sealed a hard-fought win over the Nanmo Lions 2-1 and ended the tournament in third place. “We were a tough team and we played really good defense at last,” said Daniel, who scored the game winning point.

It is definitely a remarkable achievement for the Krakens as the team improved from 5th place last year to 3rd place this year with 14 new players. Jerry Zheng, a new cutter from Grade 10, evaluated the tournament as “a unique experience” in his high school career. “We learned a lot from our grade 12 players as well as players from other schools,” he concluded. In addition, a lot of players ended up with injuries but they continued to battle until the last minute.

In future games, every player should improve their physical strength and defensive intensity, pushing ourselves towards the goal of first place. Hopefully the Kraken can go further at the upcoming Shanghai Youth Open in 2018.