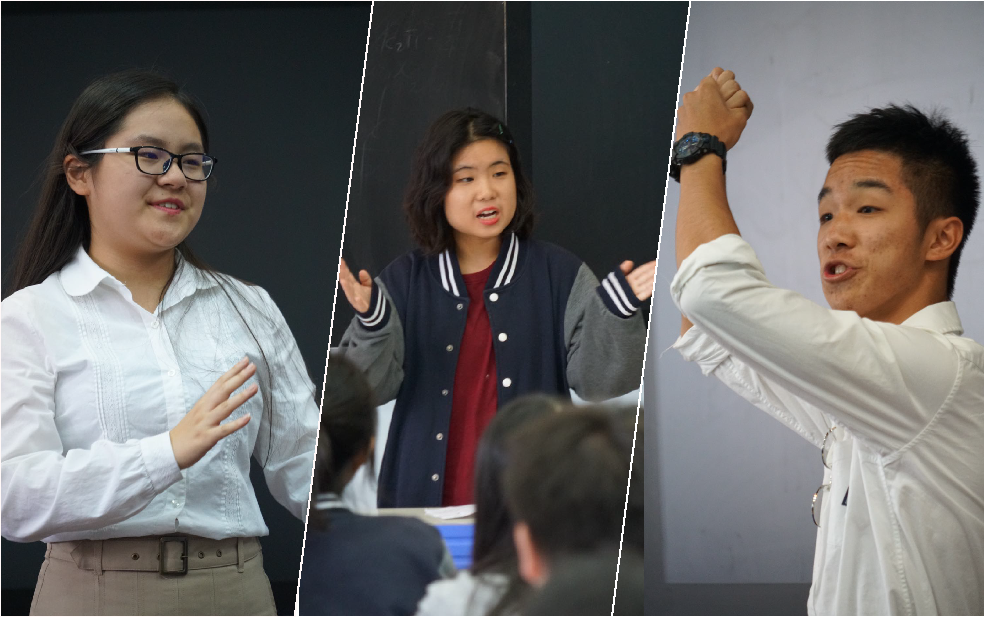 The new school year means that the student union will be elected again!

Scott Shi, one of the Grade 11 candidates who ran for the secretary position, had a passionate presentation on opportunities. He described the tremendous difference between zero and one. He said that people should seize the opportunity, as zero provides zero possibility; however, 1 vote for him could result in a happy school year.

Secondly, the intense competition between Jason and Jerry who both come from Grade 12 had pushed the election to the climax. Jason Cui, as the one who was in student council last year, maintains that people who have more experience should take more responsibility and would have greater capability, which facilitates the formation of the new students council. This felt like a jab pointed directly at Jerry Cheng, who had never joined the student council before. But Jerry Cheng was not overwhelmed by Jason’s attack. He believed that people who really own leadership don’t need titles. Instead, being energetic, being united, sharing comprehensive ideas are the better way to present what is leadership.

The result of the election released pretty soon on Friday, September 20. Jerry Cheng became the new president. Since George Cheng and Faye Jin received equal votes in the election, both of them became the new vice presidents. Delous Zhu and Ryan Cheng were the new communication directors. Beatrice Ding was the treasurer, Scott Shi became the secretary and there are also six representatives from all three grades. Congratulate to all of you and I hope everyone in LWBC will have a fantastic, fulfilling, and unforgettable school year.