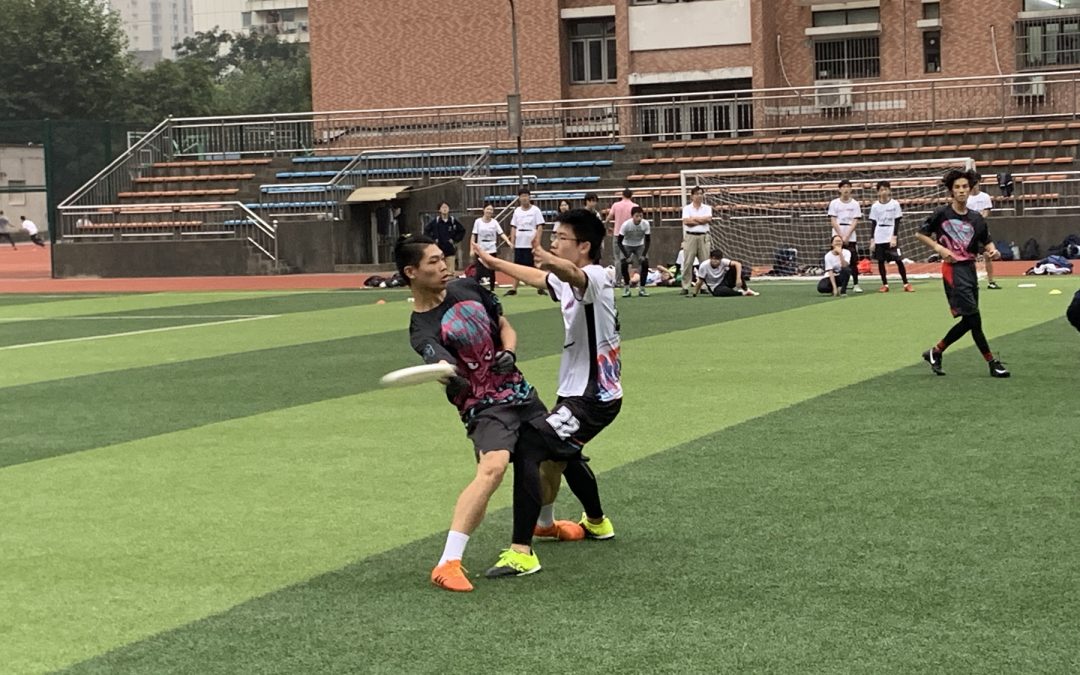 It has been another school year which means our ultimate frisbee team, known as The Krakens, is ready to welcome a group of new-born octopi—the fresh crop of Grade 10 players. The Krakens is a community that cherishes every athlete as well as their passions toward this sport. “Being tolerant, friendly, and professional” is always what our coach Mr. Chang alerts us to do.

To be perfectly honest, it is quite a simple process to select players to be in our team. We gave every member the opportunity to decide whether they want to join us. Firstly, every player should be passionate towards ultimate frisbee and are willing to contribute his/her effort to make The Krakens a better community. Secondly, we warned them the risk that playing this sport might pose them into before we actually began training, such as getting injured. Also, training after school means players will sacrifice their study time and work out a lot which might have an influence on their studying and relaxation. This means each Kraken member will have to learn how to manage their time effectively. Finally, parent’s approvals must be obtained in order to make them a real part of The Krakens.

Normally, players will have training on Tuesday, Thursday and Friday. In the first two weeks, we prioritized to impart some basic techniques like throwing, catching and cutting. Recently, we started to teach them one kind of strategy that is often used in real game: The Vertical Stack Offense. Though it seems like it is an easily understandable strategy, however, just like any other sport, understanding doesn’t mean a new player can put it into practice. So, there is still a long way ahead of them to fully absorb these things and build the so-called chemistry between teammates.

On Oct.11th, We had a game against Qibao Dwight International School. Though new players didn’t get too much play time, it was a perfect chance for them to learn something from the sideline. It was definitely a balanced matchup between us and them. During the first three points of the game, both our offence and defense lines seized the opportunities of their mistakes and scored 3 points continuously. Then, as players got warmed up, the game got more and more intense, which was a challenge for the players’ stamina from both sides. Due to the frequency of our handler’s movements, it required huge physical power consumption, thus we started to make avoidable mistakes like dropping the disc and miscommunication between teammates. Then, the momentum of the game gradually shifted to other side. Qibao started to use the strategy of an up-line pass into a power position huck, which was a pretty efficient way to score if the opponents were too tired to defend anymore. Later on, the scores spiraled up from 3-0 to 3-3 and finally 8-8. As time went by, it was getting closer and closer to the end of the game, but the scores of the two sides were still stuck in deadlock. This game was definitely turning out to be a barn burner. In the mean time, there were no time-out left for both sides. This meant that the players on the field needed to make their own decisions about what to do next. Obviously, it was a double test of physical and mental strength for them; at the same time, the sky gradually darkened, which also had a certain impact on their actions. In the ensuing period of time, the difference between the two teams can be seen clearly. We played more conservatively and the other side played more aggressively; the scores continued to rise and we fought hard. 8-9, 9-9 and 9-10. Finally, the score was fixed at nine to twelve. We lost the game.

Although we lost the game, it was the first game of the season. We are still confident about this season. At the same time, the performance and growth of the new players are also worth looking forward to. I believe that this year is also a year full of challenges and expectations for The Krakens and at the end of this year, we will be unbreakable. 2019-2020, let’s be a monster, be a kraken. Let’s go Krakens!